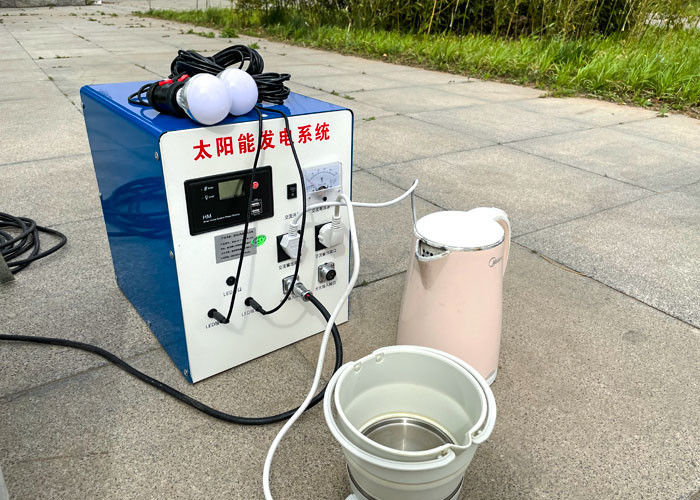 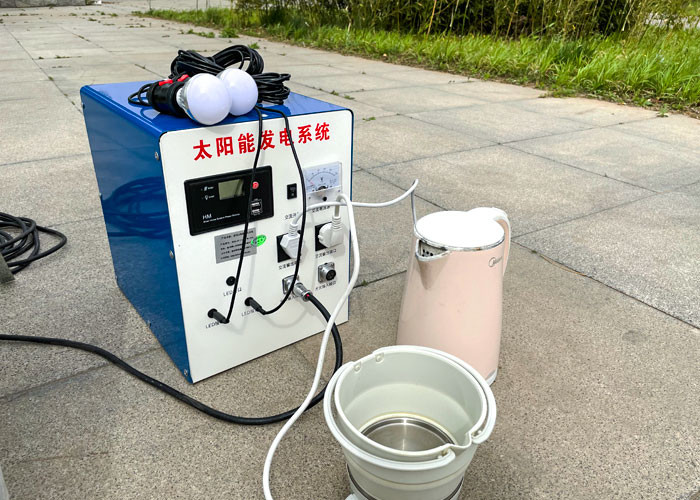 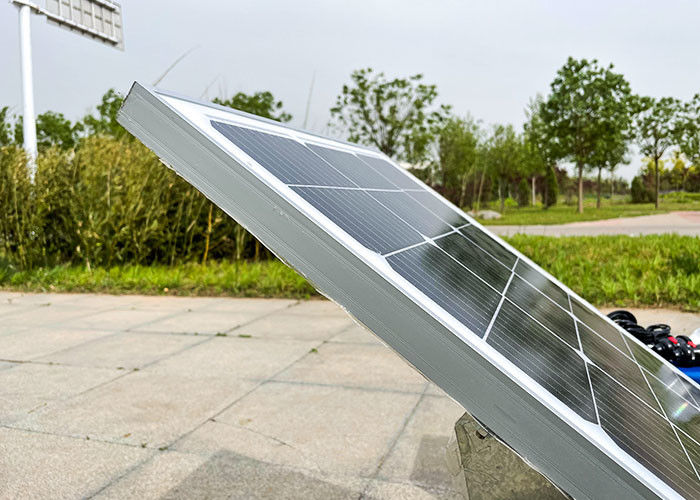 Compared with the commonly used thermal power system, the advantages of photovoltaic power generation are mainly reflected in:

(3) not limited by the geographical distribution of resources, can use the advantages of building roof;For example, areas without electricity, and areas with difficult terrain;

(4) No need to consume fuel and set up transmission lines to generate power locally;

(7)The construction cycle is short and the time spent to obtain energy is short.

Mass production conversion rate: 19.8 -- 21%;Most were at 17.5%.Breakthroughs that increase efficiency by more than 30% are now less likely.

Mass production conversion rate: 18 -- 18.5%;Most are at 16%.Like monocrystalline silicon, it is less likely to reach a conversion rate of more than 30% due to material physical property limitations.

The solar power generation system is composed of a solar battery group, a solar controller and a battery (group).If the output power supply is AC 220V or 110V, an inverter is also required.

The functions of each part are:

(1) Solar panels: solar panels are the core part of the solar power generation system, and also the most valuable part of the solar power generation system.Its role is to convert the radiant energy of the sun into electric energy, or sent to the storage battery, or promote the work of the load.The quality and cost of solar panels will directly determine the quality and cost of the whole system;

(2) solar controller: the role of the solar controller is to control the working state of the whole system, and the battery plays the role of over-charge protection and over-discharge protection.In the place of large temperature difference, the qualified controller should also have the function of temperature compensation.Other additional functions such as light control switch, time control switch should be the controller should have the function;

(3) Battery: generally lead-acid batteries, nickel hydrogen batteries, nickel cadmium batteries or lithium batteries can also be used in small systems.Because the input energy of solar photovoltaic power generation system is extremely unstable, it is generally required to configure the battery system to work.Its function is to store the electric energy issued by solar panels when there is light, and then release it when needed;

(4) inverter: in many occasions, it is necessary to provide 220VAC, 110VAC AC power supply.Because the direct output of solar energy is generally 12VDC, 24VDC, 48VDC.In order to provide power to 220VAC appliances, it is necessary to convert the direct current energy from the solar power generation system into AC electricity, so the use of a DC-AC inverter is needed.In some cases, DC-DC inverters are also used when multiple voltage loads are required, such as converting 24VDC to 5VDC power.